When the iPad Pro was announced in 2018, many people were asking if there were mid-range models released with it. But to the surprise of many, the iPad Pro is quite a bang for the buck. Here are the features that would justify the claims of Apple.

What The iPad Pro Can Do

The new iPad Pro can do a lot of things for you. Here are some of the best features that you can take advantage of.

Learn a better way to:

You can use the iPad Pro with confidence because you can get what you need just as you would from a computer. In fact, you can consider your iPad Pro your next computer.

The chips you can find in an iPad Pro will enable you to transform how you experience augmented reality, gaming, and photos.

These will also make your iPad powerful enough to handle apps you use on a daily basis. You will even get surprised because it can take on pro apps like the Adobe Photoshop CC.

As expected, you can see that the unit is quite thin and so light that you may carry it wherever you go. Most of all, it has up to 10 hours of battery life that will surely keep your day going.

So you could stay connected with your 4G LTE Advanced or Wi-Fi, print, project, and send files wirelessly without any problem will that power in your hands.

You can use the iPad Pro as your next computer, because it does things more intuitively. You may use it to run multiple apps at once with just a few taps.

You may also move objects between them by simply dragging and dropping or switching apps using just one swipe of your finger.

Most of all, it works just like your iPhone, so it is so familiar to use. Since the iPad runs on iOS, it does what your iPhone can do. So, operating the new iPad is never a problem.

The iPad Pro comes in 2 sizes, the 11-inch and the 12.9-inch models. Here are the technical specs that you need to know about the new iPad from Apple.

You can also get a lot of familiar features on both sizes, which include the following.

The iPad Pro also hosts a tone of other features in its camera. So you can enjoy 12MP resolution camera that should capture images or videos in finer details. The iPad Pro was released in November 2018.

In line with this, there are leaked reports that Apple will release new iPad at the WWDC 2019. However, the topics to be announced tentatively in this event only include the Mac Pro, iOS 13, and the project codenamed Marzipan.

The same problem goes for apps as it does for most other consumer products: it’s one thing getting…

Newegg is currently offering the Computer Associates (CA) Internet Security Suite Plus 2008 for $40, with a $40 mail-in-rebate and free shipping. Just to confirm that there's no typo here, that means the software is completely free after the rebate. The CA Internet Security Suite offers virus protection as well as spam, spyware, and more. 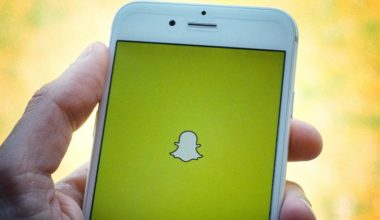 You’re attending a funeral. The mood is somber, everyone is sad and trying to pay their respects. Then…