As the release date for Grand Theft Auto 5 comes closer, the rumors about the game have also piled up. In fact, there were speculations early on that the game will be coming to Nintendo Switch.

An update has come recently from the game publisher Take Two Interactive, which hinted that GTA 5 might be ported to the newest game console of Nintendo, the Switch. This was confirmed after its CEO Straus Zelnick claimed that what they have put out on Switch has always been a success.

Additionally, Zelnick has made an impression that Take Two/Rockstar games are going to the console due to the fact that they have great sales numbers so far. Thus, it has motivated them to release more games to the platform.

This update could happen sooner rather than later. Therefore, there is also a possibility that other games from Take Two will follow the same pattern. Such games might include BioShock, the Mafia series, Red Dead Redemption, X-COM, and many others. Earlier, there were similar rumors that the next game from Take Two called Carnival Games is expected to come to the Switch as well in November.

According to a lot of fans, this update may have been an overshoot, which can be highly unlikely. Here are several reasons why it has been deemed a little too ambitious. 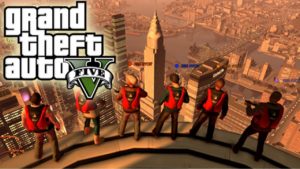 Reasons Why It Will Happen

The release date might be getting a long way, but surely it has started its journey. Perhaps there will be an announcement to be made soon before you know it. For now, this may prove to be an update that everyone will be talking about.