News about the Galaxy Note 10 came out in November in a Korean newspaper called The Bell.

In the report, the Galaxy Note 10 has a code name Da Vinci and is said to support a monstrous bezel-less display that supports a 6.66-inch super AMOLED screen with HDR support and 4K resolution. There are also rumors that the smartphone will have a triple-lens camera, bigger battery, and 5G support

The Note 10 is said to be the biggest smartphone from Samsung, with an OLED display that is 0.26 larger than the Galaxy Note 9 screen.

Moving forward to early December, here are more rumors about the Note 10.

The US version will have the Snapdragon 855, the latest flagship smartphone chipset that QUALCOMM has unveiled in its annual technology summit.

The chip will support 5G wireless.

Different version for the UK and Europe

A bit of bad news for Samsung fans in the UK and Europe, their version of Galaxy Note 10 won’t have 5G. This is due to the fact that the UK and European Galaxy phones don’t use silicon from Qualcomm but Exynos chips.

Since Exynos 9820, which was launched in mid-November, lacked 5G on board, the wireless feature will be missing from the Galaxy Note 10 UK and European version. The Exynos 9820, however, supports 4G with speeds of up to 2 Gbit/sec. The Note 10 will be anything but slow.

As previously mentioned, the Note 10 will have a 6.66in display, moving closer to removing bezel altogether and towards and all-screen phone. Given that the Note range has always been one of the largest premium smartphones, this feature should be expected.

Some would say that the size of the display would make the Galaxy Note 10 dangerously close to crossing the thin line between phablet and tablet. It will be larger than the Google Pixel 3 XL and the iPhone Xs Max.

Since this feature is said to be available in the Galaxy S10, it is possible that the Note 10 will have it as well. It has become common among devices with edge-to-edge screens, after all.

Given that several Chinese-made phones and other big brands, Huawei and Xiaomi, are taking the same route, Samsung could follow suit.

If the Note 10 does come out with an improved fingerprint technology, it will be a huge level up from its predecessor. It’s one of the most glaring features that the Note 9 failed to impress. Moving the scanner to the front of the handset, however, make compromise Note 10’s sleek design.

But Samsung can take cues from Vivo’s under-screen fingerprint sensor.

Or make that standard headphone jack no more. According to a Korean outlet etnews, the Note 10 may arrive without the most debated feature. Samsung might have tried to resist getting rid of the 3.5mm port in the past, but the company caved in just like Google and OnePlus did.

Codenamed Da Vinci, many speculate that the Note 10 will have an upgraded S-Pen and more features designed towards creatives.

It will probably have 8GB of RAM, 512GB of storage, and a triple-rear camera.

When will you get to buy the Samsung Galaxy Note 10?

Given the company’s penchant for releasing new devices in August, the Note 10 may be available in August 2019. With their competition close at their heels, Samsung is likely to go full steam ahead to hit the August release date.

What People Want and Expect from the Surface Book 3 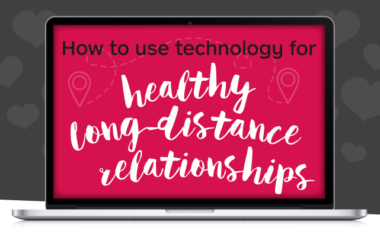 How to Use Technology for Healthy Long Distance Relationships – infographic

Relationships have a tendency to start feeling stale after a while. Keeping them alive and fresh can be… 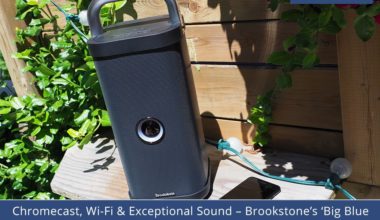 Chromecast, Wi-Fi and Exceptional Sound – Brookstone’s ‘Big Blue Party’ Speaker Has it All

Brookstone’s Big Blue Party Wi-Fi speaker is truly the one to rule them all. If you’re wondering why… 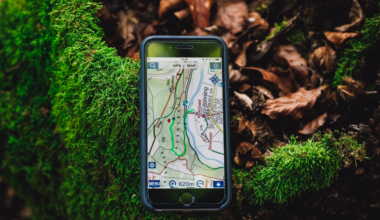