How Technology has Transformed Office Design in Many Ways

For many decades, offices have often been boring spaces where the daily grind really feels like a grind. Beige walls, row after row of grey desks and flickering strip lights don’t do anything to inspire, but thanks to technology, this has changed. Instead of projectors and bulky desktops, lightweight and fast gadgets have made the workplace smarter, brighter and more fun.

Smart technology has played a huge role in transforming offices, particularly for lighting. At their campus in San Diego, telecommunication giants Qualcomm have installed a light sensor system. It automatically senses when the lights need to be on and takes up very little room. The sensors are part of a wider attempt to create a smart building.

Presentations are a big part of what goes on in almost every office. For presentations, the humble overhead projector gave way to smart whiteboards. However, they have since been replaced by far more sophisticated means of displaying slideshows, test versions of new projects and screening video conference calls from the other side of the world.

360 degree screens were a big innovation last year and are set to become a major feature in offices worldwide. Being fully immersive, these screens are great for teamwork exercises and brainstorming sessions. Using just a single computer, it saves space too, all while displaying what’s on different screens from different devices.

The move away from bulky projectors has also been enabled by streaming devices, such as the Amazon Fire Stick and Google’s Chromecast. These small USB flash drives have meant less wiring cluttering up meeting rooms, whilst also allowing offices with smart or WiFi-capable TV screens to broadcast live video calls at a moment’s notice.

One historical way in which office design has been transformed is by the introduction of WiFi. Until the early 2000’s, modems for every computer were a major fixture in offices. Since WiFi became an integral part of offices, they have become far less cluttered, more efficient and more spacious. In the process, download and upload speeds have become much faster.

Many serviced offices like those from DeVono have WiFi built-in. This saves even more space, making it easier for new tenants to plug in their laptops, get comfortable and get to work. In terms of design, serviced offices are more minimalist, with much of their technology being built into the walls.

Modern offices have been designed with hot desking in mind. Whilst some offices still have cubicles today, a shift towards open plan desk layouts in the 1990’s enabled employees to move between desks when it was convenient. WiFi, instant messaging and video conferencing have played their part.

A more recent addition to the range of gadgets found in an office is the smart speaker. Examples include the Amazon Echo and Google Home, and both have digital personal assistants – Alexa in the Echo’s case. They answer questions asked verbally, acting as a useful tool in even the smallest office.

For businesses who don’t have the funds to hire a full-time receptionist, a smart speaker is a good alternative. It can be used by clients asking for directions to the nearest train station and employees needing an instant answer. They are small in size too and often form the centrepiece of a small office or cluster of desks. 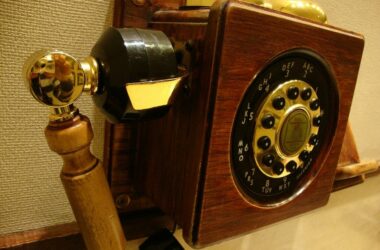 The Evolution of Everyday Technologies – infographic 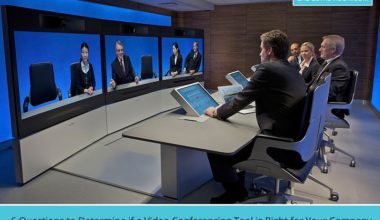 After a lot of deliberation, you’re finally ready to get that video conferencing system up and running… up… 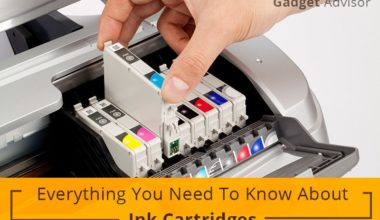 Everything You Need To Know About Ink Cartridges