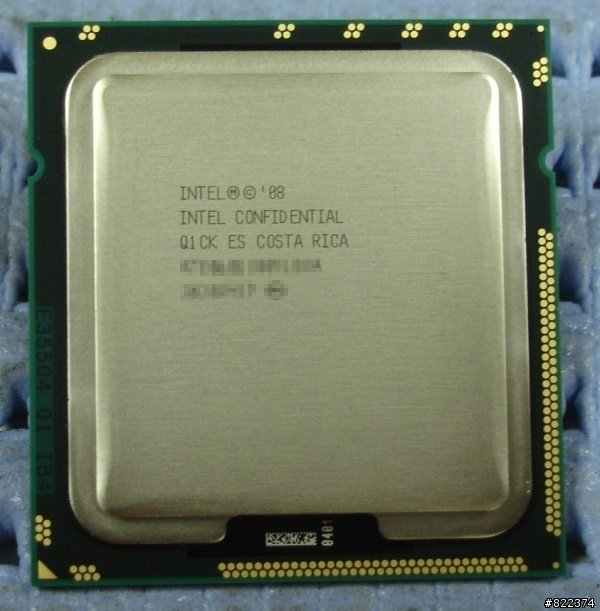 The Intel Core i7 processors are currently scheduled for release on November 17th, which is apparently a week later than the date Intel originally planned.  X58 motherboards and triple-channel DDR3 memory kits have already begun to surface.  At the time of launch, the models available will include a 2.66GHz Core i7 priced at $284, a 2.93GHz at $562, and a 3.2GHz Extreme processor priced at $999.  Intel will release these processors as Core i7 920, Core i7 940, and Core i7 965 Extreme, respectively.

The Core i7 (Nehalem) architecture will debut in desktops and Nehalem-EP in “efficient performance” servers.  Intel will release Nehalem-EX for the “expandable server market segment” and Havendale, Lynnfield, Auburndale, and Clarksfield for mainstream desktops and notebooks in the second half of next year.