After the successful release of the Pixel 3a in May 2019, fans are looking forward to the next Pixel. Needless to say, the Pixel 3a was by far the best mid-range mobile device you can buy below the $500 mark.

You might wonder why fans are quick to seek a new Pixel phone now that the 3a has just been released. Well, the answer is pretty simple and here are the details.

According to a reliable source, a noted mobile phone case maker Skinomi has already taken pre-orders from customers. However, the only problem is that the case maker is only selling screen protector units at this point.

Therefore, there is no clear image for its back cover so to speak. In this case, there is no confirmation as of what type of camera the Pixel 4 is going to use.

Perhaps there is going to be a new design, such as the hole-punch display of the Galaxy S10 phones, as based from previous leaks.

At the same time, a new leak has confirmed this because of an accessory maker who is accepting pre-orders that would perfectly fit the hole-punch display.

Based from the design of the screen protector, the phone will have a hole-punch camera on the right. This will also have a top and bottom front-facing speakers. However, this will not cut into the display of the device.

The front camera also has a couple of lenses, which has been expected of Google after the release of the Pixel 3. So a multi-lens camera trend is expected of Google to embrace this year. At the same time, it will likely have a dual-lens shooter at the back of the device.

In terms of design, there is a great possibility that the rear dual cameras of the new Pixel will be placed at a different corner in contrast to the Pixel 3 design.

That is when the design of the screen protector tends to be accurate and the front camera is located at the top right corner of the screen.

Aside from the dual front camera punch-hole display, the Pixel 4 is going to have some very exciting new features. Such would include the Snapdragon 855 processor.

According a reliable source, the Pixel 4 will be announced in October 2019 at a Google event. In fact, it is time when Google will also announce its flagship phone series.

Nikkei, a Japanese newspaper, also confirmed the Pixel Lite and Pixel 4 phones to be announced later in October at this year’s much anticipated event.

The Pixel 4 was supposedly confirmed back in March 2019, but until this very day there are no clear details yet.

So this serves as a mystery that requires a bit more time to be solved. Following the most leaked smartphone of 2018, the Pixel 3, the Pixel 4 is yet to be confirmed.

Microsoft is fighting to take on Google and Apple in the education market. At an event on Tuesday,… 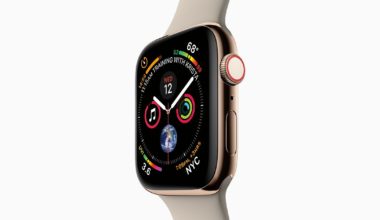 Apple Watch Series 4 Processor On Par With Galaxy A9 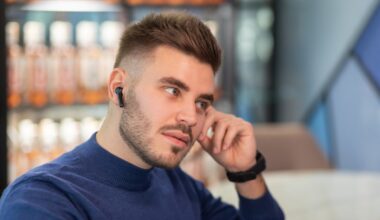 xFyro ANC Pro: Meet the AI-Enhanced Headphones You Never Have to Take Off